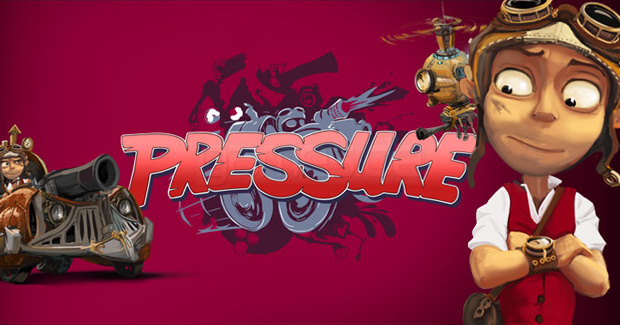 If I had to quickly define Pressure I would say it is a fun, fast and chaotic gaming experience that borrows a lot of inspiration from old-school titles such as Roadblasters, Road Rash and especially Death Rally.
With that being said, the list of games with this level of mindless fun released for the PC in the last few years is a very limited one, making this title from developer Chasing Carrots feel like a breath of fresh air, even though it's also reminiscent of some classic games. 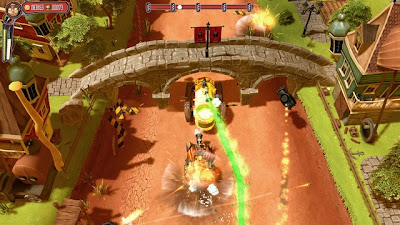 At its core, Pressure is a vertical shmup that takes place in a silly and sometimes funny steam-punk world where the wicked Count Soap II is stealing all the water so that he can open up a spa, yes, it's every villain's dream, open up he's own personal spa.
While it's clearly a nonsensical plot, the crazy characters combined with some genuinely hilarious moments make the small cutscenes a joy to watch, in a way they work as another little incentive to follow the story through till the end. 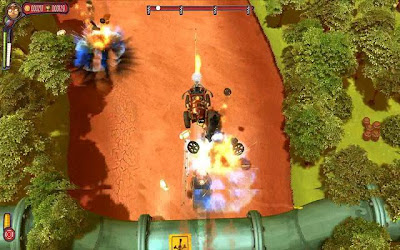 Based around a gameplay mechanic that actually that lends its name to the game, "pressure" is what will make you move forward in each level as fast as you can, think of pressure as fuel or a time limit and you get the idea of how it affects the game. Besides moving fast in order to reach the checkpoints and eventually the end of the track as quickly as possible, you will also have to get rid of your enemies in a swift manner so that you are able to collect a little bit of "pressure" from each wreckage, this rapid disposal of your enemies is essential to your "survival", so keeping your car upgraded is also mandatory.
Improving your "steambuggy" inbetween stages will cost you coins (collected during the different stages) and is one of the most rewarding parts of Pressure, nearly all of the upgrades available in-game are not just statistical but also provide some kind of visual feedback, making your little buggy grow and feel more "bad-ass" with each new part that the player installs.
Just want to leave a side note in regards to the game controls, if you have a nice controller the game behaves well and the car is quick to respond to your inputs, if you don't own a controller please keep away from Pressure as it is almost impossible to play with the keyboard. 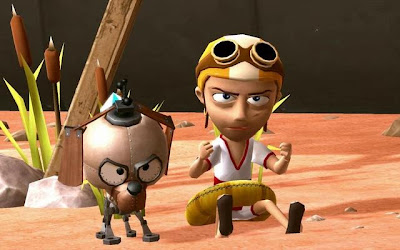 The visual style and graphics of the game are an almost perfect match to the funky plot, the character designs feel like they could belong to some Pixar or Dreamworks animated movie, the Count helpers in particular are extremely well made and spice up the game's sporadic cutscenes.
In regards to the levels and even though the game is mostly played from a top-down perspective - like most shmups - you can still see that a lot of attention was given to small details like enemy animations, car designs and each track composition.
In terms of music and while the game delivers the promised "steam-funky" soundtrack, the number of tracks seems to be very limited and during the 30+ levels they will get repeated...a lot! 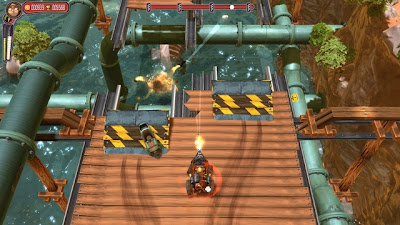 At the end of the day it's encouraging to see a title like Pressure appear and inject some new life into an old school gaming genre like the shmup, it reminds us of how fun and addictive they can be.
Making the game accessible not only to shmup fans but also casual gamers is a huge plus and it certainly will let a new generation of gamers experience the joys of dodging bullets while having to blow up a ludicrous amount of enemies.
It has a few flaws here and there, but they hardly make a dent in this very competent release.