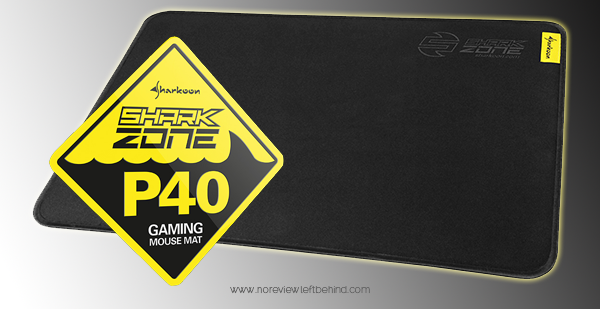 Now that the summer is basically over, this "little" hobby of ours called gaming begins growing once again, companies such as Sharkoon release their new products and hope that the improvements made over older versions will be enough to gather the attention of gamers everywhere.
With this idea in mind, today we will be reviewing one of the products from Sharkoon's new series Shark Zone, particularly the P40 gaming mouse pad.
Sharkoon has been around for 11 years now, they have a good variety of PC products, some of which we had the pleasure of reviewing previously here on No Review Left Behind. From the information we've gathered on those past reviews, Sharkoon tends to focus on developing good quality products at an affordable price, this new P40 mouse pad seems to confirm that theory. 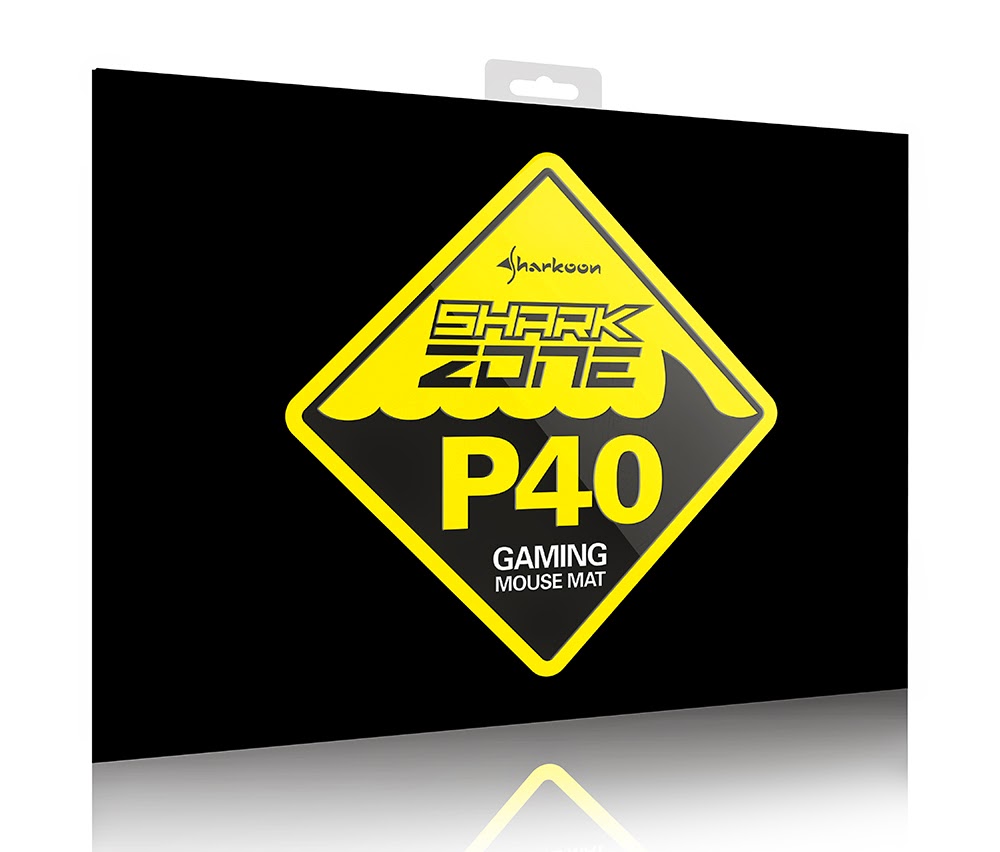 So Sharkoon has a new product series called Shark Zone and with it comes a brand new yellow and black color scheme that will certainly pop out when displayed on store's shelves.
The P40 in particular comes packaged in a letter shaped box, it almost looks like a huge cardboard envelope, since the mouse pad is made mostly out of cloth and rubber this sort of packaging is great to see since it doesn't spoil the natural form of the mouse pad.
Sharkoon kept it simple when it came to designing the package itself, the new Shark Zone logo appears on the front, on the back we get a list of features, a picture of the P40 and a bit of marketing blurb and that's about it really. Simple yet effective at presenting the product I would say.
Tucked inside the letter shaped box we find the mouse pad itself in all its glory and a plastic sheet that protects it, nothing too extraordinary here, the sheet of protection is a nice addition though, especially if you're planning on transporting the mouse pad around. 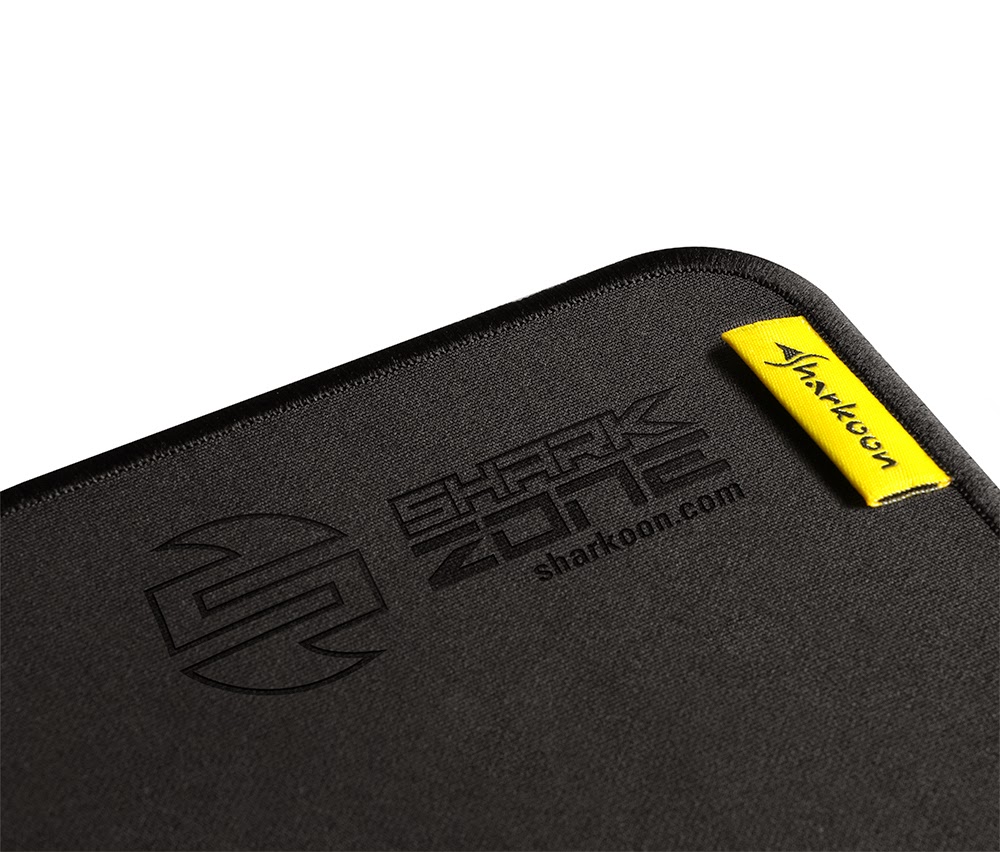 As you can probably gather from the pictures presented here, the P40 is almost completely black, the only exception being the yellow tag stitched to the right edge of the mouse pad. Aside from the tag, the only other thing that stands out visually is the sort of watermark present on the top right corner of the P40 with the Shark Zone logo.
In terms of functionality, I would say that the first thing that caught my eye was the solid stitching around the edges of the mouse pad, from what I've read in their website, Sharkoon calls it "DurableStitch sewing", only time will tell but the stitching certainly feels strong while at the same time having just the right amount of elasticity to prevent it from tearing anytime soon.
The underside of the P40 is made mostly out of non-slip rubber, no complains here as it does its job pretty well (tested on wood, plastic and plywood).
The only real complaint I have about the P40 is the size, while on the horizontal plane (355mm) you have more than space to move around, vertically (255mm) I would say that it could use at least 50 more millimeters. This is of course a minor complaint, if you have a small desk or something like that, this reduced size might even be a plus. 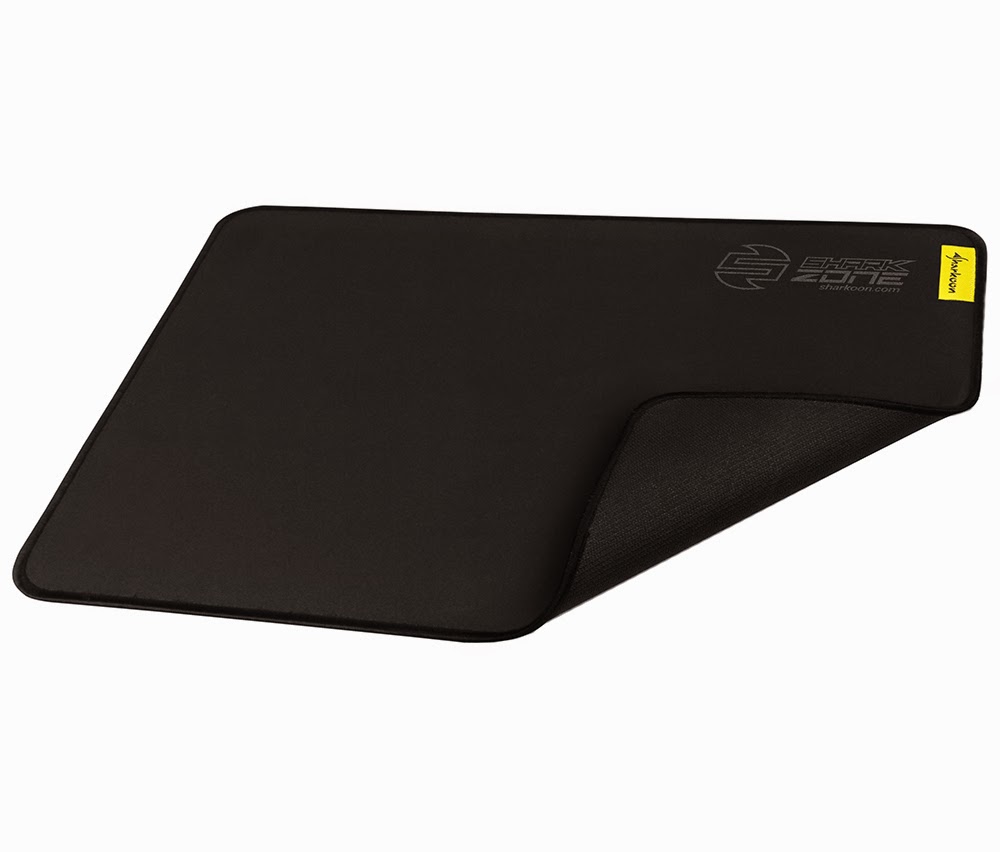 Final Thoughts
Nothing much to say here really, for the low-low price of around 10€ you can get one extremely well built and effective mouse pad. It's comfortable, simple in terms of visual design and it will probably satisfy the gaming needs of most people out there for a very long time. 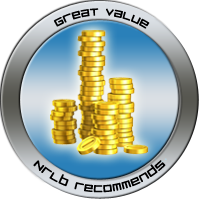